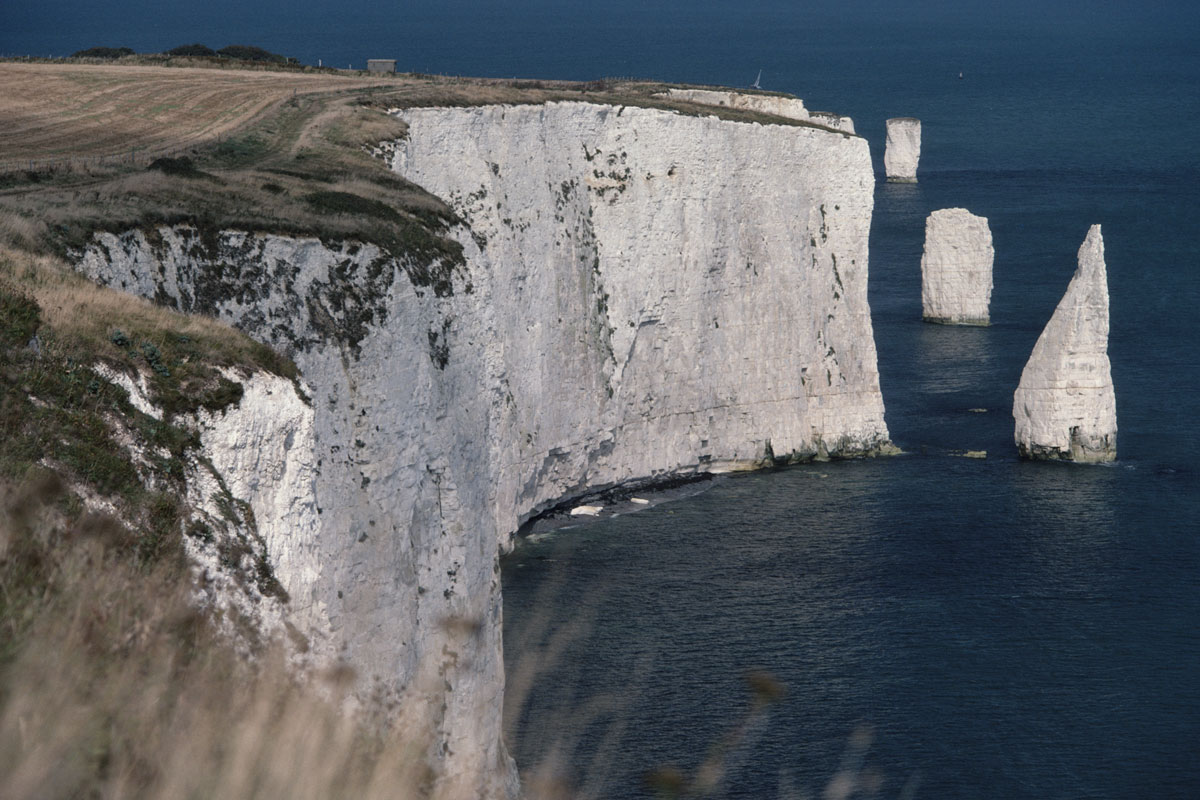 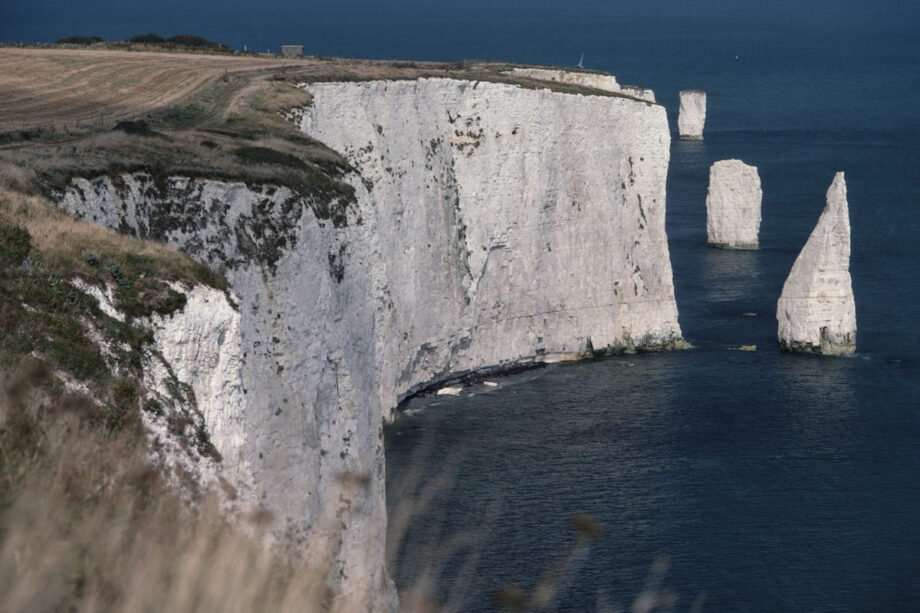 We're guilty of romanticising being ~in the moment~ as much as the next troglodyte. But – as one British man just found out – it's not just your mental well-being Instagram can pummel.

Strolling along the picturesque Old Harry Rocks region of England's Jurassic Coast on Saturday, a 28-year-old man is reported to have slipped while taking a selfie and fallen 37 metres off a cliff.

Fortunately, he survived with remarkably minor injuries after landing in about 4ft of water.

Ian Brown, of the inshore Swanage lifeboat team, told The Sun: "I honestly don’t know how he is still alive today."

“He is incredibly lucky to have suffered relatively minor injuries."

“Apparently he was conscious and talking and was fine. His injuries were reported to have been cuts and bruises.”

Mr Brown also told The Sun: "We are seeing a lot of people get too close to the edge there to take selfies all the time."

“The cliffs there are very crumbly and our advice to anyone is to stand at least 5m back.”

The man and five friends were visiting from London, The Sun reports, and were sightseeing in the classic spot, which is UNESCO World Heritage listed.

Lisa Andrews, who was at the scene, told The Sun: “We were nearby. I spoke to a man who witnessed it."

“Apparently he was taking a selfie and slipped. Apparently people were warning him he was too close. I really hope he is OK.”

Instagram posts from as little as one day ago suggest clifftop photos have continued in the region since the man fell on Saturday.

Some can be seen taking their pooches along for the ride, too...

Much as we believe people should be free to take whatever risks they like with their own lives (though it does get a little murkier when other people are tangentially involved) and much as we admire the British 'Carry On' spirit (and much as some of the people pictured above appear to be exercising, in our eyes, a fair degree of caution), in some cases, it does appear Mr Brown's 5 metre recommendation is not being followed.

It is also possible some of these photos are throwbacks.

Besides social media, as DMARGE recently discussed with Gary Prebble, the owner of Sydney French restaurant Bistro St Jacques, arguably ruining the 'meditative' aspect of an experience of a meal (or a walk), as the above incident shows, it can have more immediate effects.

What's more: this incident is far from isolated. Tourists have met tragic ends (or almost met them) all over the world in recent years, in risking it for the 'gram.

In 2018 in Australia, for instance, NSW rangers were so overrun with people risking their lives to take photos at Sydney’s Wedding Cake Rock, they called in the police to help them.

RELATED: Australians Can Now Be Fined $3,300 For For Taking Gratuitous Selfies

NSW Parks and Wildlife told the ABC at the time: “NSW Police have been assisting them with ‘site compliance’ at Wedding Cake Rock, a popular tourist spot which has become swamped with people attempting to take the perfect shot for social media sites such as Instagram.”

“The site at Wedding Cake Rock is protected by a 1.6-metre-high fence, erected in 2016 in an attempt to prevent tourists from standing on the rock” (ABC).

A 2015 geotechnical report reportedly found the rock could, without warning, collapse at any time into the sea 50 metres below.

Not that this has stopped people wanting to take photos there...

In March 2016, the government introduced fines of up to $3,300 for anyone caught climbing the fence.

However, tourists and locals alike continually ignore the threat of the fines and continue to take photos in the place where a French tourist fell to his death in 2014, two men had to be winched to safety in 2015 and a teenage girl’s body was found beneath in 2017.

Risky photo-taking has been seen in many countries including (but not limited to) Egypt (where an influencer was jailed in 2020 for taking a provocative photo), Brazil (where reckless Rio de Janiero clifftop photos have made headlines worldwide) and America (where a couple appear to have died while taking photos in Yosemite).

As Fast Company poins out, "Risk-taking social media photography deaths and injuries roughly tripled in number from the beginning of 2014 to the end of 2015, according to media analysis conducted by researchers in Turkey."

It's also worth noting that a study published in the Journal of Family Medicine and Primary Care found that some 259 people died taking selfies between October 2011 and November 2017.

In a similar vein, "Instagram image printing service Inkifi has analysed news reports to uncover... 330 deaths and injuries have been caused by selfie-taking over the last decade," Travel Weekly reports.

The big issue, according to many, is that the content creators providing the inspiration for the rest of us tend to be quite athletic, skillfull and adept at judging risk (though, given there are always elements outside anyone's control, what they do is still very risky). The rest of us? Not so much (something DMARGE found out ourselves when we went waterfall hunting on Australia's east coast).

RELATED: I Went To NSW's Most Instagram Famous Waterfall. It Was A Complete Disaster

As psychologist and author Tracy P. Alloway told Fast Company, many of those who come a cropper are not habitual social media risk takers or rising social media stars, but regular people who happened to be killed while taking selfies during unusual circumstances.

In any case: for those who have had their travel buds piqued by the English Jurassic Coast sights above, you might be interested to know the entire English coastline became accessible in 2020, when the England Coast Path National Trail was completed, offering hikers, campers, swimmers and wildlife lovers access to the world's longest walking route.

As The Lonely Planet reported at the time, at 4,500kms long, the England Coast Path will be the world’s longest continuous track, connecting the entire English coastline through a network of public trails.

Assuming an elevation and descent of roughly 100m throughout, hiking calculators estimate this journey would take about 1,120 hours of walking (think: 94 days of plodding from 6am to 6pm, with no breaks), to complete.

A post shared by THE BEST HOLIDAY VIBE (@bestholidayvibe)

One to add to the bucket list. Just be careful with those photos.

The post British Tourists Continue Posing For Photos In Same Location A Man Almost Died Falling Off A Cliff appeared first on DMARGE.