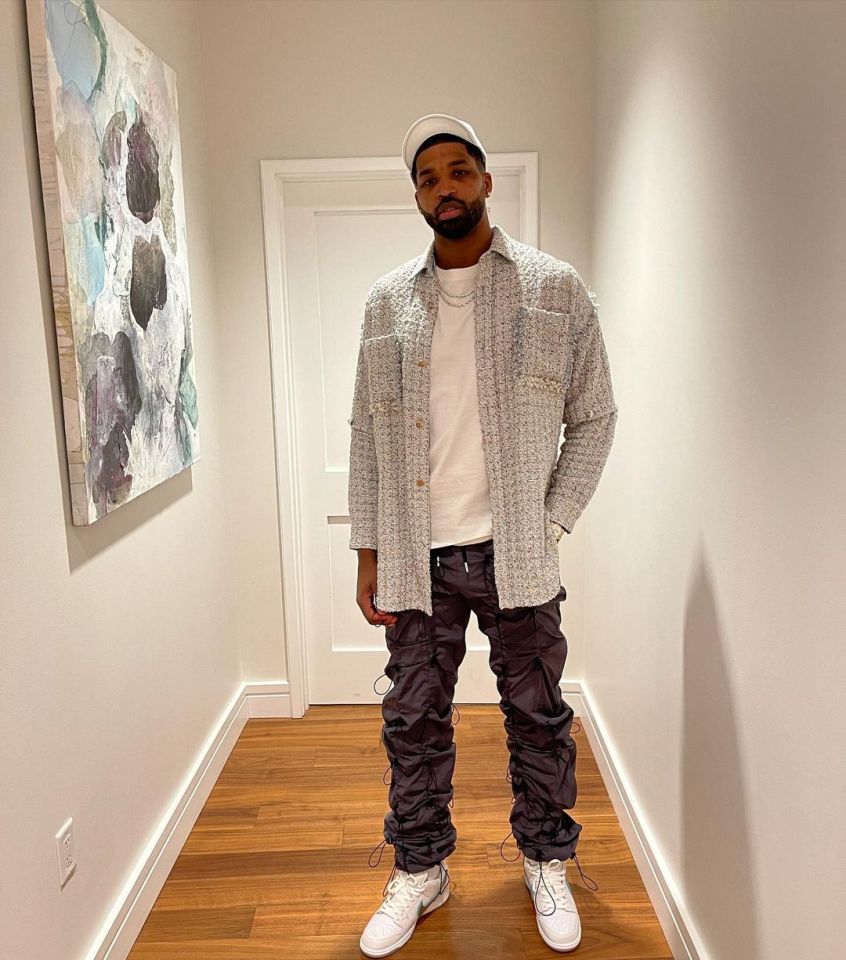 Tristan’s third baby mama, Maralee Nichols, is expected to give birth to their child soon.

According to legal docs obtained by TMZ on Friday, Tristan, 30, allegedly offered to pay the personal trainer $75,000 to stay quiet about their baby.

In the alleged messages, the NBA player also claimed he will retire after this current season and he will be unemployed.

Due to his unemployment status, Tristan said he should be required to pay a smaller amount in child support.

The paperwork states: “You are aware that I’m retiring after this season. So in terms of support it will be whatever is required monthly for someone who’s unemployed.

“It’s Texas so it will be only a couple hundred dollars. So you better off taking this 75k I’m offering cause you won’t get nothing near that with having a kid with a father who’s unemployed.”

The note concludes: “All you will have is a baby with a father who has zero involvement with the child and a few hundred dollars of child support a month.”

Most read in The Sun

Stepmum jailed for killing Arthur, 6, who was poisoned as PM calls for probe

Daily Mail was first to report that Maralee has sued Tristan for child support.

Maralee, who is expected to give birth on December 3, allegedly conceived the baby on the NBA star’s 30th birthday.

At the time, Tristan claimed to be “still dating” baby mama Khloe, 37.

In the child support filing, the Sacramento Kings player admitted to having sex with his personal trainer several times at a Houston hotel after they attended his birthday party together.

Maralee allegedly “drove him to the event in her Maserati sports car” before they headed back to his hotel where she “had a special birthday surprise” for the famous athlete.

Tristan claimed he knew the encounter would lead to sex, though he asserted that was the only time they were “intimate.”

However, Maralee’s lawyers claimed their affair began about “five months” prior to the birthday tryst.

Her lawyers added that the Texas native had “traveled to California on multiple occasions” and continued to see the father of two “after she got pregnant.”

Maralee filed the lawsuit against her alleged baby daddy back on June 30, which came after she moved from Texas to Los Angeles.

The fitness instructor requested child support for “reimbursement of medical expenses and pregnancy-related costs such as Lamaze classes, a doula, and prenatal vitamins.”

In her paperwork, Maralee also asked that Tristan pay for items which would be needed after the baby’s birth, such as “clothing, formula, and diapers.”

The athlete has not denied that he is the baby’s father, though requested that a paternity test be completed after the child’s birth.

The former Boston Celtics player has asked that the court move their case back to Maralee’s native Texas, which will limit the amount of his child support contributions.

Tristan shares 3-year-old daughter True with the Keeping Up With the Kardashians alum.

The NBA star cheated on Khloe numerous times throughout their relationship, which officially ended over the summer.

He is also the father to 4-year-old son Prince with ex Jordan Craig.

Tristan allegedly got Maralee pregnant when he was with Khloe[/caption] He claimed he plans to retire and will soon be unemployed[/caption] Khloe and Tristan share daughter True together[/caption]
Source: thesun.co.uk