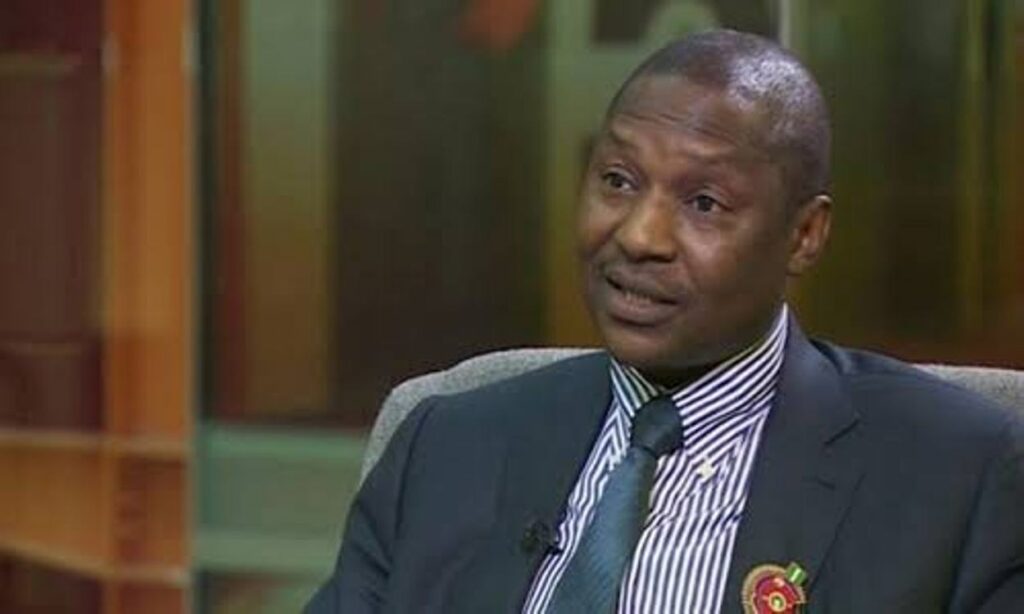 THE League of Professionals for Strategic Advocacy, Delta State, yesterday, said the contention by Minister of Justice and Attorney General of the Federation, Abubakar Malami, SAN, that the Federal Government would appropriate the £4.2 million seized from a former governor of Delta State because it completed the recovery process with Britain, was the suspicious reading of the law.

The group is a joint statement by Prince Obaro Unuafe and Pius Mordi, convener and chairman yesterday, at Asaba, said: “After it emerged that Britain had agreed to repatriate the £4.2 million seized, the Minister of Justice and Attorney General of the Federation, Mr Abubakar Malami, a Senior Advocate of Nigeria, unilaterally announced that the Federal Government has taken possession of the money and will deploy it to fund some ongoing capital projects in various parts of the country.”

“The attorney general’s unilateral action is illegal, immoral and a blatant attempt at appropriating the commonwealth of the people of Delta state.

“Justifying his decision, Malami claimed that the law that was violated by Ibori was a federal law. According to him, the parties of interests involved in the repatriation of the funds were national and not sub-national governments.

“By choosing to personally announce the grabbing by Aso Rock of the money about to be repatriated, Mr Malami sought to give the action a veneer of legality. He is wrong.

“Firstly, there is no discernible legal basis for his stance. As a subnational government, Delta state could not have entered negotiations with Great Britain, a sovereign state. Only the Federal Government can negotiate with another sovereign state. In effect, Malami’s argument that since ‘the processes associated with the recovery were consummated by the Federal Government’, then it becomes a victim of crime is duplicitous, dubious and amounts to double jeopardy for the people of Delta State.

“Secondly, there is precedence where recovered looted funds were returned to the state that was the actual victim of the crime. In 2012, the Federal Government recovered over £5 million stolen by late Bayelsa State Governor, Dieprieye Alamieyeseigha, from Britain and handed it back to the state government.

“This same principle should apply to the indication from Malami that another £100 million may be repatriated when Chief Ibori’s landed property in Britain are disposed of. The proceeds belong to Delta State, the real victim of the crime.

“We consider Malami’s action a brazen effort at appropriating what rightfully belongs to the people of Delta state. We are vehemently opposed to this ill-advised action of the attorney general.

“He should immediately discontinue his course of action and initiate the process of handing over the recovered money to the people of Delta state as represented by their government.

“It will be quite understandable if the Federal Government should extract a written commitment from the state that the money should be directly deployed to funding critical capital projects. That will be consistent with the agreement it reached with the governments in the countries from where the funds were repatriated.

“Beyond this, it is beyond Malami’s remit and, indeed the federal government, to divert the recovered money to fund projects in states other than Delta.

“The League of Professionals for Strategic Advocacy is prepared to seek the intervention of the judiciary to stop this heist on the wealth of the people of the state.

“Malami’s action is only the latest in the series of ferocious assaults on the principle and spirit of federalism which the Muhammadu Buhari administration has been waging with the attorney general superintending,” the group said.