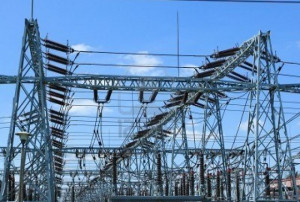 Six months into the Federal Government’s intervention in the revenue process of the power sector, the latest figures have shown that revenue grew by 33.93 percent in the last three months to N184.26 billion as of February, 2021.

The Presidential Power Sector Working Group had in September 2020, intervened in the collection process taking power away from the electricity distribution companies, DisCos, by restricting withdrawals from bank accounts where revenues are kept.

A breakdown of the figures from both periods showed that December revenue was N64.97 billion, a 41.76 percent increase from the N45.83 billion recorded in September, 2020.

Speaking on the state of the sector’s revenue, the Special Adviser to the President on Infrastructure, Mr. Ahmad Rufai Zakari said the government has worked hard in the past months to ensure a financially healthy sector, but pointed out that a lot is still needed.

Mr. Zakari told Energy Vanguard that the rise in collection efficiency especially in the month of December 2020 was particularly significant.

He called for the support of all Nigerians and consumers to grow the industry and make the electricity supply stable across the country.