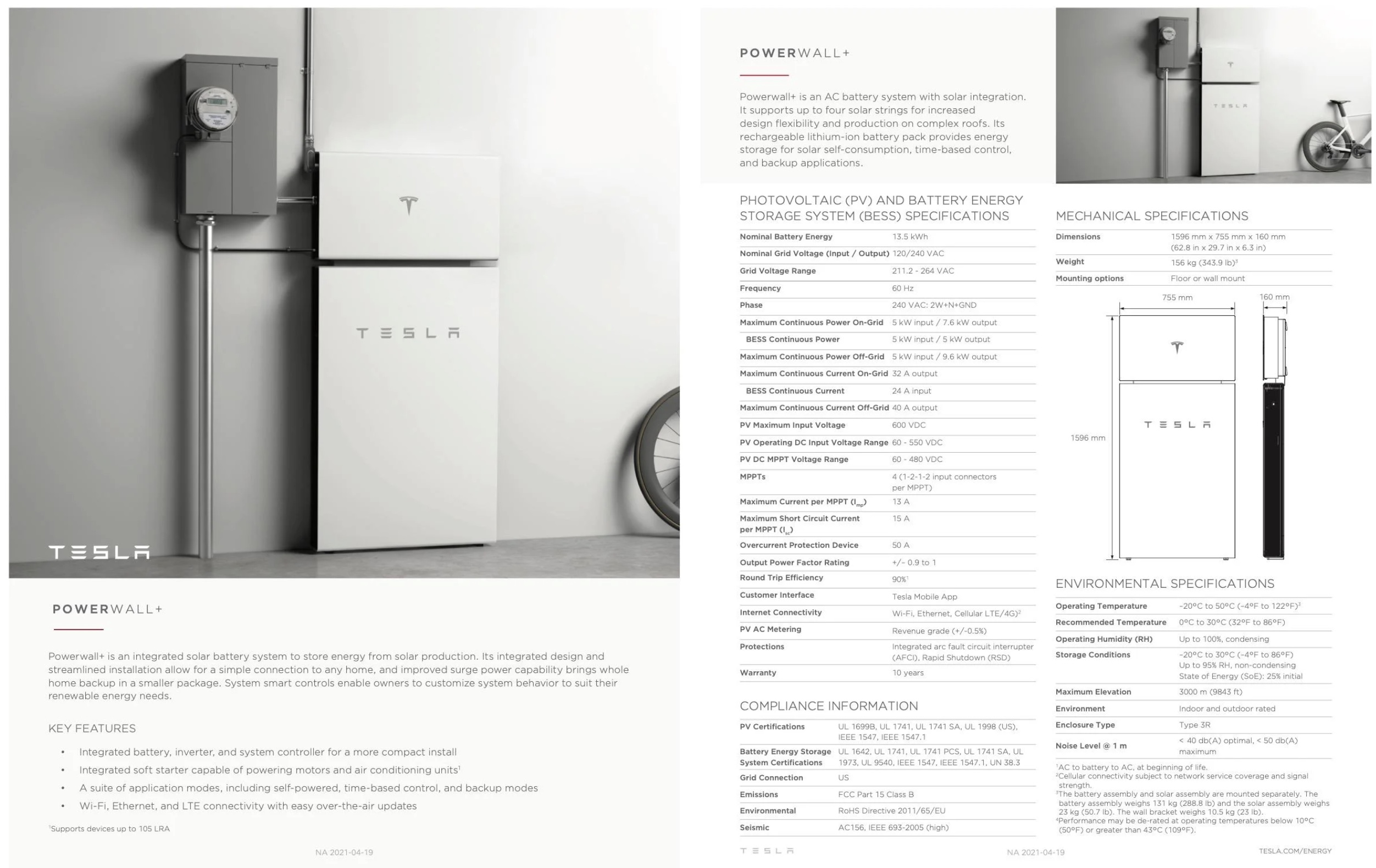 Tesla is releasing the specifications for its new Powerwall+ energy storage system, according to a new product information sheet that a potential customer posted.

Tesla’s Powerwall is the energy storage system that the company utilizes for Solar customers. The Powerwall stores excess energy that is captured by solar panels or from the grid and keeps it reserved for power outages, nighttime hours, or peak rate times to save money. The Powerwall was first introduced by Tesla in 2015, with its Powerwall 2 sibling being announced in October 2016. Now, Tesla is revising the Powerwall once again, according to CEO Elon Musk, who detailed the improvements Tesla plans to make to the energy storage device in the coming months.

Now that we have lots of operational data, Tesla can unlock higher capabilities for free via software update next month.

Depending on production date, power increase power may be >50% at 30C ambient temp.

Musk said on April 21st that Tesla’s residential energy products will be sold as a bundle and will exclusively work with one another. This means that Tesla Powerwalls will not work with other manufacturer’s solar panels. Additionally, Tesla will not sell any of its Solar products without a Powerwall, Musk said during the Q1 2021 Earnings Call. Musk indicated the reasoning had to do with easing the installation difficulty, which he says will decrease “dramatically.”

Now that a new Powerwall is coming out, Tesla is sending potential customers the new system’s specifications. First posted by r/tangarg, the new Powerwall specs show more power, increasing the maximum output to 9.6kW from the previously-used continuous 5kW and 7kW peak outputs. The spec sheet is available below (via Electrek):

Tesla writes about the new Powerwall+:

Musk made it clear during the Q1 2021 Earnings Call that Tesla Powerwalls and Solar would effectively operate “as a giant distributed utility.” Not only does this eliminate the complexity of the installation process, but the new system and design allow for stabilization of the grid overall.