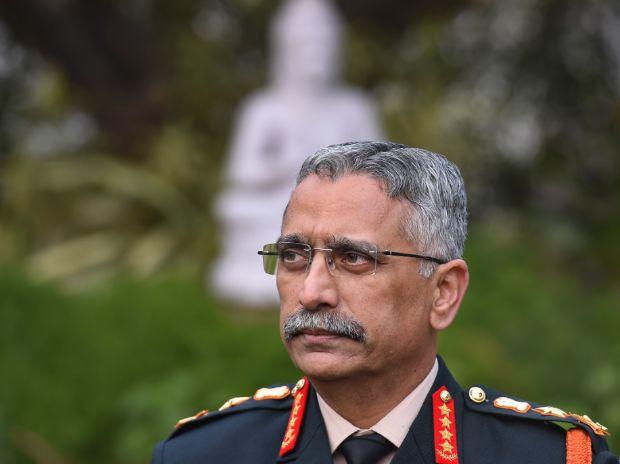 In his last scheduled Army Day press conference as the chief of the Indian Army, General MM Naravane underlined its impressive performance in meeting “the twin challenges of Covid-19 and the Chinese intrusions in Eastern Ladakh, while also tackling the proxy war on the western front (with Pakistan).”

“The army’s response to China’s attempts to unilaterally change the status quo along the LAC (Line of Actual Control) has been very robust and we have been able to thwart their designs,” said Naravane.

Describing the army’s reaction after being surprised in May 2020 when thousands of People’s Liberation Army (PLA) troops crossed the LAC – the de facto Sino-Indian border – Naravane said: “We have inducted additional troops; we have made billeting arrangements for as many as 25,000 additional troops that had gone into that sector. Not only billeting but also roads and tracks and storage facilities for ammunition and FOL (fuel, oil and lubricants); and additional facilities for more increments that might need to come into the sector.”

Naravane asserted his army was much better poised today than it was a year, or a year-and-a-half, ago to meet any challenge that was thrown up.

Describing the frantic troop redeployment and review of operational plans that followed the PLA’s intrusions into the Pangong Tso, Galwan, Gogra, Hot Springs and Depsang sectors in April-May 2020, the army chief said: “This also gave us an opportunity to review our operational plans and a lot of activities were undertaken to augment our capabilities, not just in Eastern Ladakh but all along our northern front… (where we took) a very holistic view.”

“It was not just about augmentation of forces, but also of infrastructure, weapons and equipment. I dare say that in the last year or year-and-a-half our capabilities have increased manifold on the northern front,” said Naravane.

Meanwhile, in Ladakh, the Indian and Chinese commanders were engaged on Wednesday in the 14th round of senior officers talks. “It is a good thing that talks are going on. It shows we can resolve our differences through dialogue,” said Naravane.

Describing the potential of the senior officers’ talks to defuse the situation, the army chief recounted the progress since 2020: “The 4th and 5th round of talks resulted in resolving the issue at PP 14. By the 9th and 10th round, we were able to resolve the issues in the north and south bank of Pangong Tso and the Kailash Range. By the 12th round, we were able to resolve the issue at PP 17… We have to keep talking to each other to understand each other’s viewpoints, perceptions and differences. And every time we have this dialogue those differences keep getting narrowed down. And then we reach an understanding which is based on mutual and equitable security and which is acceptable to both sides.”

“But to expect that every round of talks will have an outcome is also quite unreasonable. A number of rounds will be needed to resolve the situation one at a time. In the series of talks that are going on, we are hopeful that we will be able to resolve the talks at PP 15, which is the one that is pending right now. Once that is done, we will go on to the other issues which pre-date the current standoff. We are hopeful that those will also get resolved,” said Naravane.

Describing the steps towards de-escalation, the army chief said: “First, disengagement has to happen from certain areas. Once disengagement happens, we can think of a little bit of de-escalation. By that I mean moving back from being bang on the LAC to areas in depth, but remaining within that general area. Once this kind of confidence is built up, we can think of de-induction, wherein troops can go back to their garrisons and locations. But whatever we decide to do will be based on the principle of mutual and equal security, which will be our bottom line. But until that happens, we have to be prepared to stay there as long as it is required.”

Naravane, who has, since he became army chief, mooted the need for the Indian Army to shift its balance from the western (Pakistani) border to the northern (Chinese) border, said this did not require “clairvoyance”.

“This (shift in emphasis) has been discussed for a long time… Over the years, a lot of the augmentation of the northern borders had already taken place. In Sikkim the armour has built up from none to an independent armoured squadron, which was built up to two armoured regiments. So force augmentation and a little bit of rebalancing to the northern borders was already being carried out.”

Asked whether China’s famed infrastructure development would result in the Indian Army being caught short on the LAC, Naravane said his soldiers are building infrastructure too: “Whatever they (the Chinese) are doing is being equally matched from our side. We too are building roads and bridges and in no way are we lagging behind. I think we are evenly matched as far as that is concerned.”

Responding to a question on the situation with Pakistan after a border ceasefire, Naravane was upbeat. “In February 2021, we were able to reach an understanding with the Pakistan side. There was a ceasefire in place since 2003, but that was being observed mainly in the breach. Post-February 2021 this understanding was renewed and, since then, ceasefire violations have come down drastically. In fact, none have happened except for two isolated incidents,” he said.

“That has created a little bit of normalcy on the western front. That, notwithstanding, the proxy war continues. Terrorists are still there in launch pads across the border. The combined intelligence inputs suggest as many as 350-400 terrorists on the other side or in training camps. So the threat has in no way receded. We have to remain alert and the threat from the western front is there and cannot be ignored,” said the army chief.